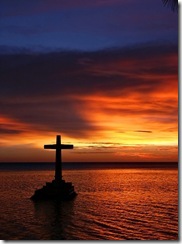 The book of Habakkuk clearly explains the power of the Lord. Sometimes it seems that God is silent or even absent when we cry out to him from our pain. But let’s not mistake God’s silence for His absence. God can use some painful circumstances of our lives to teach us and to form us, and sometimes the best instruction and guidance comes through silence. But God is always with us, watching our discoveries and the growth of our understanding.

The Old Testament prophet Habakkuk lived in a time back in the 7th century B.C. when everything seems to be falling apart in his world. All around him he observed sin, violence, and injustice. And it seems that God wasn’t doing anything about it. In verse 2; he says; O Lord, how long shall I cry, and thou wilt not hear! Even cry out unto thee of violence, and thou wilt not save. God was about to unleash judgment on them, and the righteous would live by faith. You see God had His watchful eye on things all the time. His plan was to use the ungodly nation of Babylon to punish God’s own people who had been disobedient to Him. Habakkuk is left shaking in his boots as he contemplates what God is going to do to the country of Judah through the conquest of Babylon. The Lord said in Habakkuk 1: 5, 6; Behold ye among the heathen, and regard, and wonder marvelously: for I will work a work in your days, which ye will not believe, though it be told you. For lo, I rise up the Chaldeans (Babylonians), that bitter and hasty nation, which shall march through the breath of the land, to possess the dwelling places that are not theirs. They are a terrible and dreadful: their judgment and their dignity shall proceed of themselves. Habakkuk prays to God in chapter 3: O Lord I have heard thy speech, and was afraid: O Lord, revive thy work in the midst of thy years, in the midst of thy tears make known; in wrath remember mercy. With all that the prophet heard from God, it would have been easy for him to respond with cynicism, as though “What’s the use?” I’m sure some of you have felt that way. Everything you touch seems to turn sour. Several people have the same thing in common. They lose their job. The car breaks down; they get behind on their rent. But remember, God wants the best for you, He’s no quitter! Habakkuk heard God speak and instead of becoming cynical, he enters into worship, and he ends this book with prayer. There are many passages in the Bible that describes difficult times. But turning to God in prayer is always the solution. Worshiping together helps us keep the challenges of our lives in eternal perspective. In Habakkuk 2: God promised Habakkuk a vision, a vision of God’s power and purpose being accomplish in the whole earth. We get a sense of all that this vision includes, as we to read his prayers. In Hab: 3: 3; we see a reference to God as the Holy One, at Mount Par-an, another name for Sinai, where God gave the Ten Commandments. Why did God give the Ten Commandments? Because God is Holy. And He desires His people to be Holy separated from all the evil that is around them. And God still expects Holiness from His people today. Heb: 12: 14; says; pursue Holiness without which no one will see the Lord. Habakkuk: 3: 4; shows us the power of God on the face of Moses when he came down from the mountain. Moses wasn’t aware of it, but his face was radiant. The brightness was like the sun. The Lord used the plague to persuade the Egyptian rulers who were resisting His power. God overcame them with His power. In v 6; God’s power was so overwhelming the nations were frightened and the whole earth trembled. In Titus 2: 13; it tells us the Lord will manifest Himself in glory when Jesus comes again. As we see in many cases the power of the Lord. In v 7; God uses the Midianites to punish Israel at the time of Gideon, but even they were vulnerable before God. Yes nations would crumble, but through his praise and his worship, Habakkuk was reminded again that the God who would come in judgment would also come in deliverance and salvation as He had done often before. And though the political powers around him would weaken and shatter, he knew that, above all, his citizenship was in a kingdom that could not be shaken. In v 11; God made the sun stand still for Joshua. V 11; God is angry with the nations who disregarded His justice, not the rivers and the seas. God’s purpose was to deliver His people. In v 14, 15; it may appear that evil powers have the upper hand and that no one can defeat them, but at the last day God will triumph. Just as God as made it possible for the Israelites to cross the Red Sea, and to enter the promised land through the Jordan River, to win the battle of Joshua’s long day, and defeat the Midianites when Gideon was leader, so God would act in His final day of salvation. These were the promises of the Lord God, these were God’s acts. Habakkuk’s vision is rooted in the history of Israel. And our faith as Christians is based on facts. Paul in 1 cor. 15; If Christ has not been risen, your faith is futile, worthless, it is God who truly lives.

We see in Habakkuk’s prayer how God has been faithful, how God created the world and acted on behalf of His people. He lists all the wonderful things God has done. And if you look at this closely you will see in your prayer life how easy it is for you to skip over the parts of how good God is and just go straight to praying about what you want. Habakkuk’s prayer is instructive. First he reflects on who God is and what God has done. Then he brings his own fears before God. I suggest you first know who God is, and then you will know exactly who you are. Habakkuk contemplates not only what God has done, but what He will do. His renewed understanding of God has left him trembling, teeth chattering, and bones so brittle they are ready to break. When God first lead me to ministry I was at a loss as to where do I belong, what am I going to do, why is it me that you are speaking to, what have I done to deserve this? Because I knew almost nothing, but the voice that spoke to me just said; Do as I say and I will do the rest! I listened, even though I questioned Him! Now I am seeing very clearly His calling and His purpose for me, I praise Him every day. The Lord God has your name written, and a message that goes with it. Habakkuk now faces a tragedy of great proportions because his own nation will be destroyed. What confidence will take him through those calamities? Things were probably going bad because of the invasion of the Babylonians, but ultimately the reason can be traced to the failure of the people to maintain their covenantal relationship with the Lord. Habakkuk understood. But it was now too late to call for repentance. Their opportunities had been squandered. Does that mean that Habakkuk’s faith doesn’t matter, that there’s nothing he can do? No! Here is his confident statement of faith in v 17; says; although the fig tree shall not blossom, neither shall fruit be in the vines; the labor

of the olive should fail, and the fields shall yield no meat; the flock shall be cut off from the fold, and there shall be no herb in the stall: v 18; Yet I will rejoice in the Lord, I will joy in the God of my salvation. Note, it is in God Himself that he rejoices. Habakkuk might be deprived of all his material blessings. He might not have enough food. He might be on the verge of starving, but his strength would come from God alone. He could rejoice because of his faith in God. He was confident that God would guide and provide. Habakkuk realized where his confidence was, his faith in God could stand the test of loss and starvation, when the bottom fell out, God was still in charge, He is Lord. In Romans 8; 35-37; Paul said; who shall separate us from the love of Christ? Shall tribulation, or distress, or precaution, or faming, or nakedness, or peril, or sword? As it is written, for thy sake we are killed all the daylong; we are accounted as sheep for the slaughter. Amen…